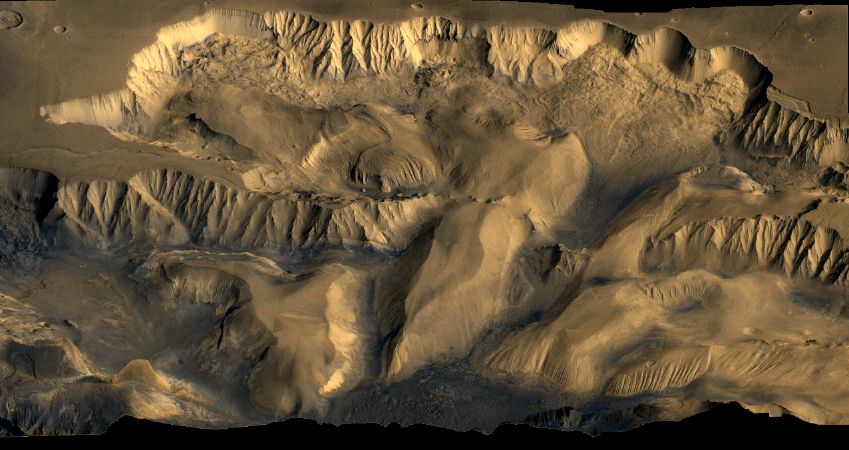 Explanation: First imaged by the Mariner 9 spacecraft, Valles Marineris, the grand canyon of Mars, is a system of enormous depressions called chasmata that stretch some 4,000 kilometers along the Martian equator. Looking north over the canyon's central regions, Candor chasma lies in the foreground of this spectacular view with the steep walls of Ophir chasma near the top. Surface collapse and landslides are seen to be part of the complex geologic history of these dramatic features but recent high resolution images have also revealed layered deposits within the canyon system. This picture represents a mosaic of images recorded in 1978 from Martian orbit by the Viking 1 and 2 spacecraft. The full width of the picture covers about 800 kilometers.