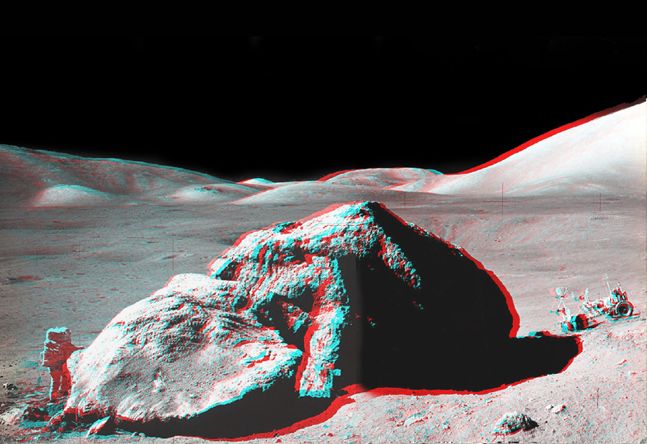 Explanation: Humans left the Moon over thirty years ago, but donning red-blue glasses (red for the left eye) you can share this excellent stereo perspective view of their last stomping ground. Recorded by Eugene Cernan, the scene depicts his fellow astronaut and geologist Harrison Schmitt next to a large split boulder on the floor of the narrow Taurus-Littrow valley located at the eastern edge of the lunar Mare Serenitatis. Parked nearby, their lunar rover is visible beyond the boulder at the right. During their stay the Apollo 17 astronauts explored the unusually dark terrain at the Taurus-Littrow landing site and deployed explosives to test the internal geology of the Moon. Apollo 17 returned the most lunar rocks and soil samples of any lunar mission.