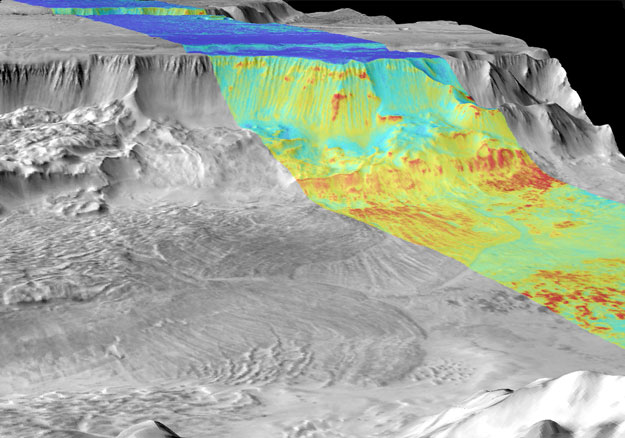 Explanation: What types of terrain are found on Mars? Part of the answer comes from thermal imaging by the robot spacecraft 2001 Mars Odyssey currently orbiting Mars. The above picture is a superposition of two infrared images, a black and white image taken during Martian daylight and a false-color image taken at night. For the daytime image, dark colors mean cool temperatures, dropping from about -5 degrees Celsius to low as -35 degrees Celsius. Shadowed regions appear particularly dark, while grooved structure on the floor of Melas Chasma indicates successively overlapping landslides. In the nighttime swath, blue areas have cooled relatively quickly, indicating a composition of fine-grained dust and sand.