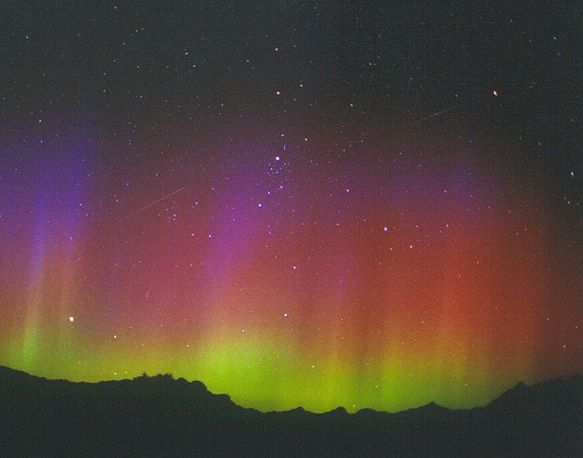 Explanation: Skygazers report that the annual Perseid meteor shower went pretty much as predicted, producing a meteor every few minutes during the dark early morning hours of August 12 and 13. And as the constellation Perseus rose above the horizon on the night of August 11, astrophotographer Wade Clark was anticipating recording images of the flashing meteor trails from the Mt. Baker Ski Area in northwest Washington, USA. But Clark was also treated to a colorful display of northern lights. As a result, the stars of Perseus are arrayed near the center of his well composed skyscape along with trails of Perseid meteors all viewed through the auroral glow. The alluring scene might look familiar to watchers of bygone Perseids. For many, views of the meteor shower in 2000 also coincided with auroral displays, courtesy of the active Sun.