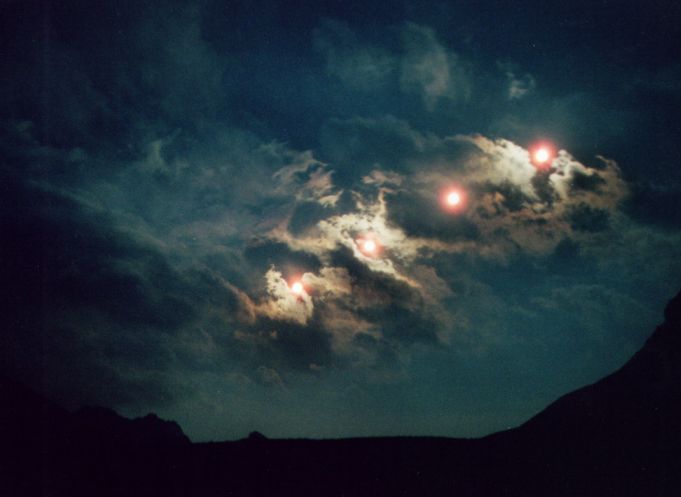 Explanation: Whimsical and creative, this multiple exposure suggests that planet Earth's sky could be very dramatic indeed if it were graced by many moons. And in James Thurber's well-known children's story, Princess Lenore was comfortable with the idea of many moons, even if the wise men of the King's court failed to understand. But just for the Royal Astronomer and Mathematician, this picture has an explanation. On 2001 July 8, three days past full moon, astrophotographer Corrado Alesso loaded his camera with high-speed film and set it up in the province of Cuneo, Italy. With the shutter open, he recorded four separate one second long exposures on the same frame, covering the wide-angle lens for about 30 minutes between each exposure as the inconstant moon drifted through the night.