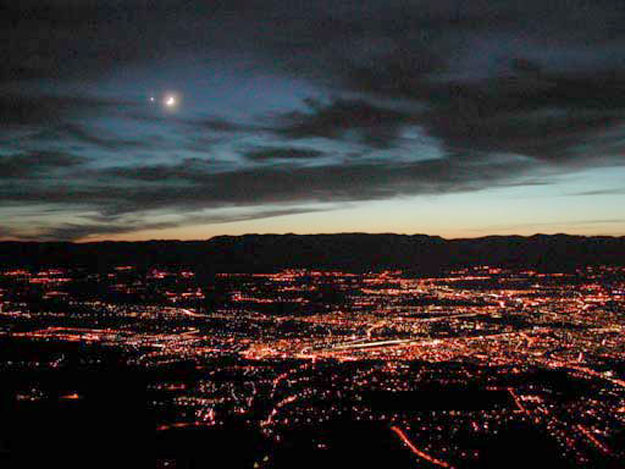 Explanation: The Moon, fresh from a biting encounter with the Sun last week, appeared next to threaten Venus. The waxing Moon appeared to glide right past, however, just a few degrees away. Venus, of course, is much further away from the Earth than the Moon, so the passing was really just an angular illusion. Pictured above on June 13, a fading sunset finds the crescent Moon and Venus between clouds and above the city lights of Geneva, Switzerland.