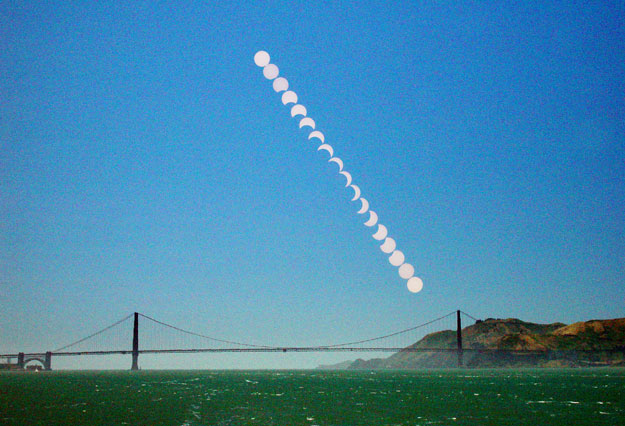 Explanation: Part of the Sun disappeared behind the Moon earlier this week. Previously, the waning Moon was best visible from all places on Earth during the early morning hours because it led the Sun. As the Moon orbited the Earth, however, the Sun caught up to it and passed it on the sky. Now the waxing Moon trails the Sun and is therefore best visible just after sunset. Each month, as viewed from the Earth, the Sun appears to lap the Moon and the cycle repeats. Sometimes when the Moon passes the Sun, it goes directly in front of part of it, causing a partial eclipse. Pictured above, a time lapse sequence shows the Moon passing the Sun on June 10 behind the Golden Gate Bridge in San Francisco, California, USA.