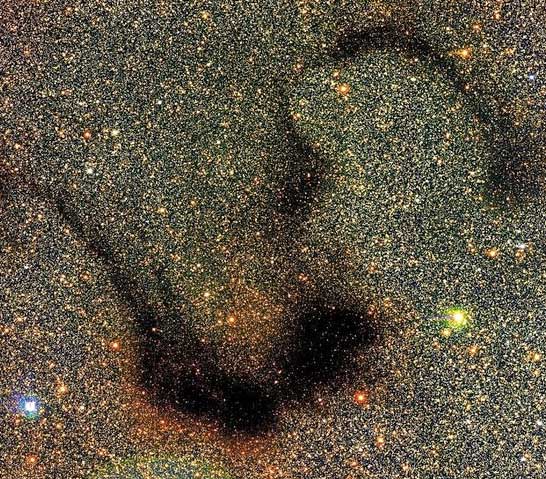 Explanation: What slithers overhead? The dark winding lanes visible in part of the constellation of Ophiuchus belong to the Snake Nebula. Also known as Barnard 72, the Snake Nebula is a series of dark absorption clouds made up of molecular gas and interstellar dust. Interstellar dust grains - composed predominantly of carbon - absorb visible starlight and reradiate much of it in the infrared. This absorption causes stars behind the clouds to be obscured from view, hence the appearance of starless voids on the sky. Molecular clouds like the Snake Nebula are places where new stars are likely to form. The Snake Nebula, pictured above, lies about 650 light-years away and spans the angular width of a full moon.