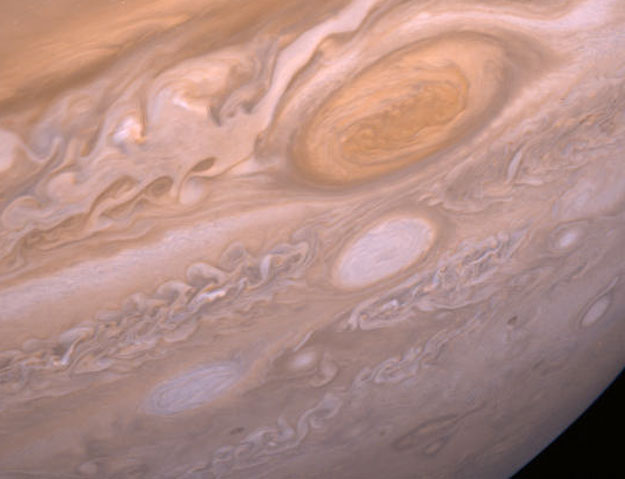 Explanation: Two of the largest storm systems on Jupiter are colliding, and nobody is sure what will result. The larger storm is the famous Great Red Spot, while the smaller is a large white oval. Both are swirling cloud systems that circulate on Jupiter. The white oval is part of a belt of clouds that circles Jupiter faster than the Great Red Spot. The oval started being slowed by the Great Red Spot two weeks ago and the collision could last another month. The oval will likely survive but could possibly be disrupted or absorbed. The two storm systems went at it at least once before in 1975 causing the Spot's red color to fade for several years. The passing Voyager 2 robot spacecraft took the above picture of Jupiter's Great Red Spot in 1979. A different white oval was then visible below the Spot.