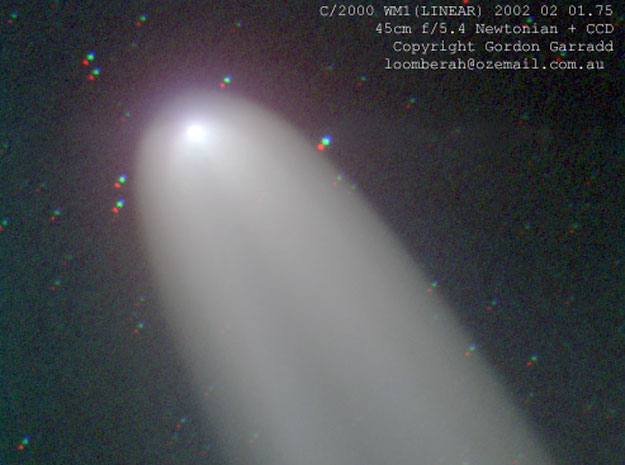 Explanation: A new comet has brightened unexpectedly and is currently visible to unaided observers of southern skies. Comet C/2000 WM1 (LINEAR) is now reported by some observers to be at third magnitude, making it brighter -- although more diffuse -- than most visible stars. A dust tail as long as 3 degrees has also been reported. Pictured above is the center of Comet LINEAR (WM1) taken the morning of February 1 from 300 km north of Sydney, Australia. A bright coma and the start of the dust tail are visible despite a bright, nearly full Moon. The comet has now passed its closest approach to the Sun (January) and the Earth (December) and will move toward northern skies as it fades.