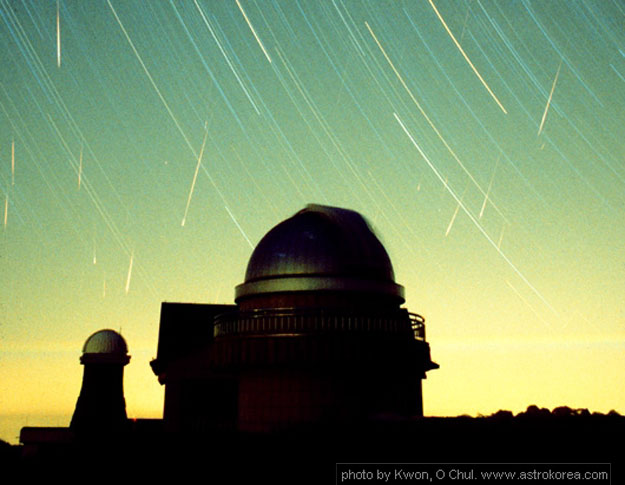 Explanation: There were two peaks to this year's Leonid Meteor Shower. The first peak was best seen during the early morning hours of November 18 in North America, while the second peak, almost twice the intensity of the first, occurred eight hours later and was best seen from Asia. Pictured above is an image of SoBaekSan National Observatory in Korea during the second Leonid peak, starting at 3:50 am local time. Visible in the background are numerous Leonid meteors bright enough to be seen over background light even during the 40-minute exposure. Local observers reported an average of over one meteor per second during this outburst. Next year's Leonid Meteor Shower might be even more intense but will have to compete will the glare of a nearly full moon.