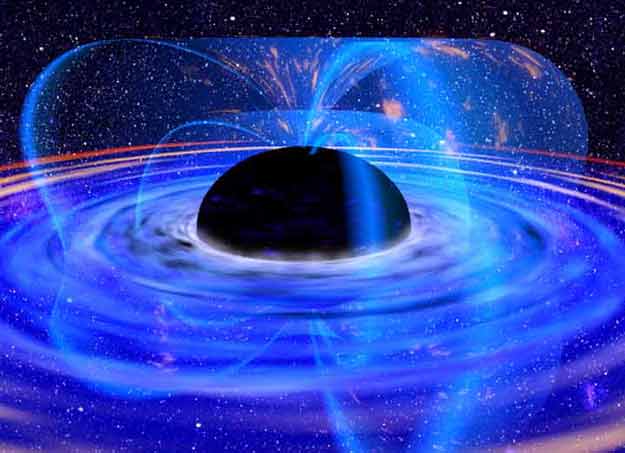 Explanation: What makes the core of galaxy MCG-6-30-15 so bright? Some astronomers believe the answer is a massive spinning black hole. If so, this would be the first observational indication that it is possible to make a black hole act like a battery -- and tap into its rotational energy. MCG-6-30-15 is a distant galaxy that has recently been observed with the orbiting XMM-Newton satellite in X-ray light. These observations show the galaxy's nucleus not only to be very bright but also to show evidence that much of the light is climbing out of a deep gravitational well. A spinning black hole could explain both effects. A strong magnetic field could be the mediator transferring rotational energy from the black hole to the surrounding gas. Pictured above is an artist's illustration of a black hole surrounded by an accretion disk. For clarity, the illustration does not include distorting gravitational lens effects.