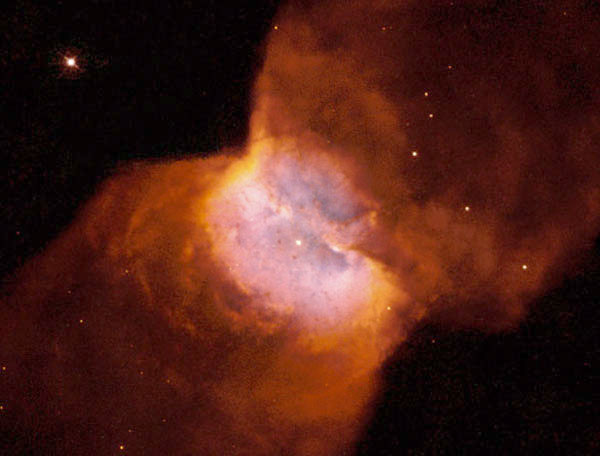 Explanation: It may look like a butterfly, but it's bigger than our Solar System. NGC 2346 is a planetary nebula made of gas and dust that has evolved into a familiar shape. At the heart of the bipolar planetary nebula is a pair of close stars orbiting each other once every sixteen days. The tale of how the butterfly blossomed probably began millions of years ago, when the stars were farther apart. The more massive star expanded to encompass its binary companion, causing the two to spiral closer and expel rings of gas. Later, bubbles of hot gas emerged as the core of the massive red giant star became uncovered. In billions of years, our Sun will become a red giant and emit a planetary nebula - but probably not in the shape of a butterfly, because the Sun has no binary star companion.