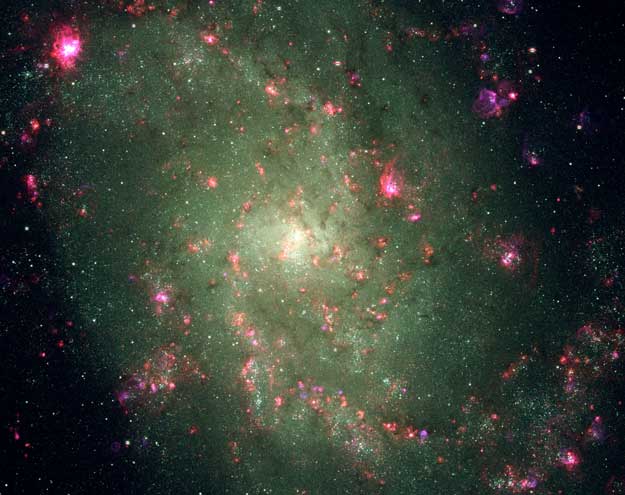 Explanation: Spiral galaxy M33 is a mid-sized member of our Local Group of Galaxies. M33 is also called the Triangulum Galaxy for the constellation in which it resides. About four times smaller (in radius) than our Milky Way Galaxy and the Andromeda Galaxy (M31), it is much larger than the many of the local dwarf spheroidal galaxies. M33's proximity to M31 causes it to be thought by some to be a satellite galaxy of this more massive galaxy. M33's proximity to our Milky Way Galaxy causes it to appear more than twice the angular size of the Full Moon, and be visible with a good pair of binoculars. The above high-resolution image highlights light emitted by hydrogen in red and oxygen in blue. It was taken to help separate stars from emission nebulae, and therefore help study how galaxies form stars.