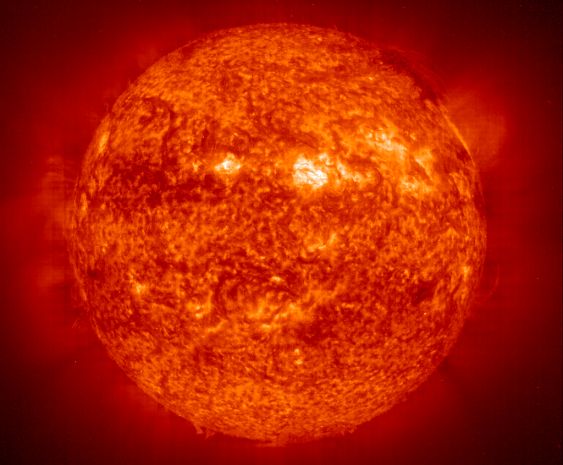 Explanation: This image of the active Sun was made using ultraviolet light emitted by ionized Helium atoms in the Solar chromosphere. Helium was first discovered in the Sun in 1868, its name fittingly derived from from the Greek word Helios, meaning Sun. Credit for the discovery goes to astronomer Joseph Norman Lockyer (born May 17, 1836). Lockyer relied on a then recently developed technique of spectroscopy, dissecting sunlight into a spectrum, and the idea that each element produces a characteristic spectral pattern of bright lines. He noticed a yellow line in a solar spectrum made during an eclipse which could not be accounted for by elements known on Earth. Almost 27 years later terrestrial Helium was finally discovered when the spectrum of a Helium bearing mineral of Uranium provided an exact match to the previously detected element of the Sun. Helium is now known to be the second most abundant element (after Hydrogen) in the Universe.