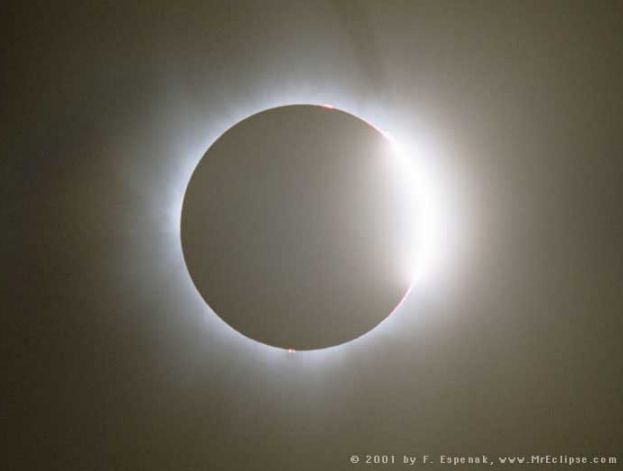 Explanation: Today, earthbound skygazers can celebrate a solstice, a new Moon, the closest approach of planet Mars since 1988 ... oh yes, and a total eclipse of the Sun, the first total solar eclipse of the third millennium. Of course for some, today's most spectacular celestial views will be of the eclipsed Sun from along the path of totality as the new Moon's shadow tracks across southern Africa and Madagascar. This picture from the August 1999 total solar eclipse captures the shimmering solar corona just as that eclipse's total phase ended, as seen from eastern Turkey. The first rays of bright sunlight shinning through edge-on lunar mountains and valleys create the fleeting appearance of glistening diamonds set in a ring around the Moon's silhouette. Do you want to see today's solar eclipse? Eclipse expeditions are offering live webcasts.