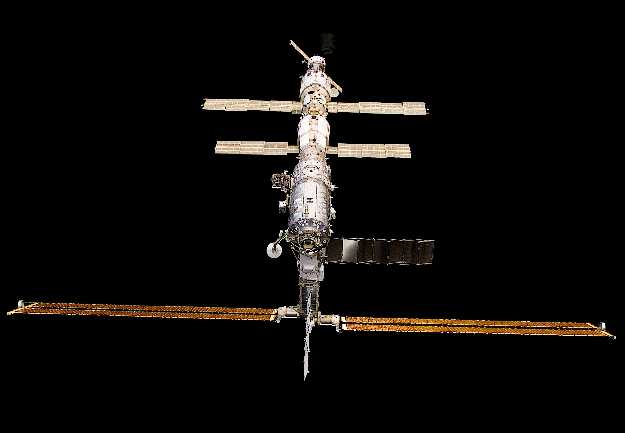 Explanation: Earlier this month the crew of the US Space Shuttle Endeavor took in this view as they approached the developing International Space Station (ISS). The Endeavor and ISS crew installed Italy's Raffaello, a Multi-Purpose Logistics Module and successfully deployed Canada's Canadarm2, a robot remote-controlled arm that can move about the outside of the station. The shuttle undocked from the ISS yesterday and is scheduled to return to Earth today. A manned Russian Soyuz spacecraft is scheduled to dock with Earth's busiest orbiting outpost early today.