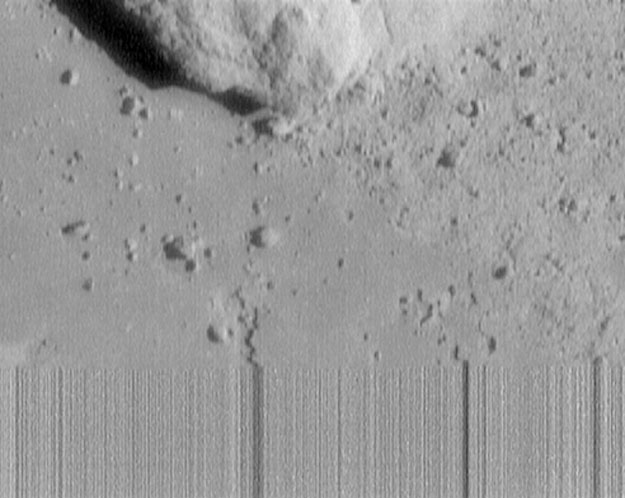 Explanation: Yesterday NEAR-Shoemaker became the first spacecraft to land on an asteroid and send signals back from its surface. Since the robot spacecraft was not designed for such a contingency, the success of the landing on asteroid 433 Eros was not assured. Shown above is the last picture taken by NEAR-Shoemaker before its touchdown. The streaking on the lower part of the image was caused by the loss of telemetry as the satellite impacted the surface. The image was taken 130 meters above the surface and spans 6 meters across. Rocks as small as a human hand are visible. As engineers continue to try to communicate with the beached car-sized spacecraft, scientists will work to understand features visible in the highest resolution photographs ever taken of an asteroid.