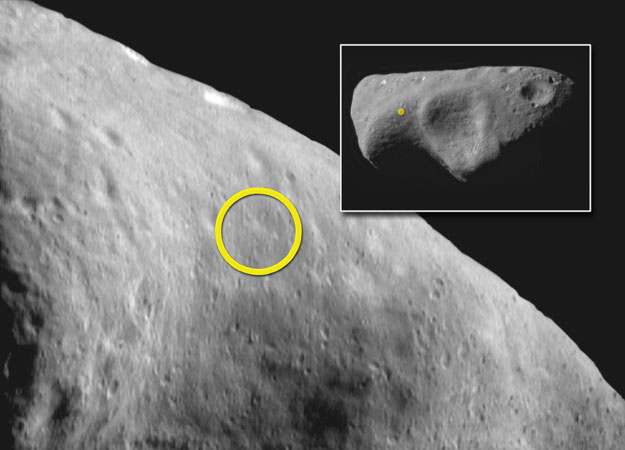 Explanation: The first controlled descent of a spacecraft onto an asteroid is scheduled to occur next week. The robot spacecraft NEAR-Shoemaker has been orbiting asteroid Eros for nearly one year On February 12, before maneuvering fuel wanes, NASA will command the craft to descend right down onto the surface. Although the spacecraft is not expected to survive the impact, it is hoped that it can transmit photographs showing surface details as small as 10 centimeters during the descent. The touchdown site, shown above by the yellow circle, is on the edge of the large saddle shaped feature known as Himeros, and near the boundary between two distinct types of surface terrain.