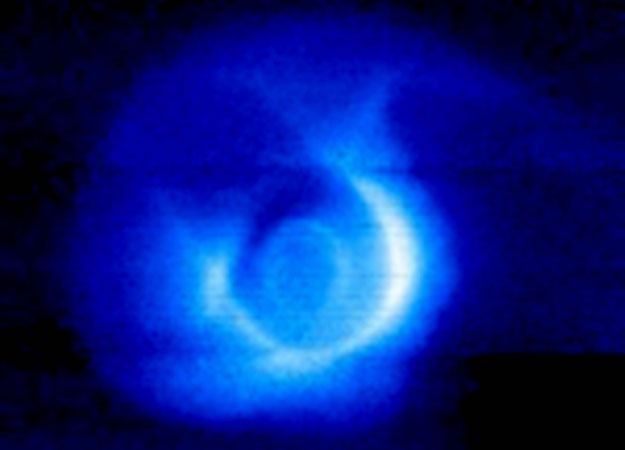 Explanation: Our Earth is surrounded by plasma. The overall shape that this ionized gas plasmasphere takes was discovered last year by NASA's robot IMAGE spacecraft, and shown in the recently released above image in ultraviolet light. The arm of the plasmasphere pointing toward the Sun, on the lower right, was hypothesized but never before seen directly. The Earth's shadow can be seen pointing away from the Sun. The bright regions in the center are full auroral rings over northern Earth, visible as northern lights from the ground. The plasmasphere is thought created by sunlight energizing molecules in Earth's upper atmosphere and is contained by Earth's magnetic field. IMAGE continues to study how solar magnetic storms affect Earth and its magnetic field.