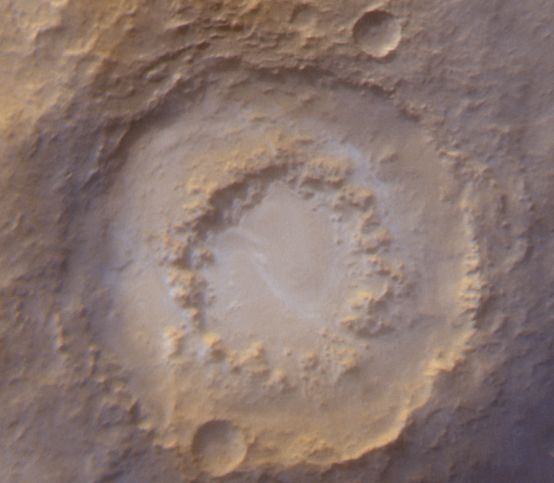 Explanation: In the martian southern hemisphere, autumn has arrived. As on planet Earth, the cooler temperatures bring a seasonal frost to the landscape. Of course on Mars, the surface temperatures can be really cool, reaching below minus 100 degrees C. This detailed Mars Global Surveyor synthesized color image of Lowell crater at 52 degrees south martian latitude was recorded on October 17. Whitish frost has begun to accumulate on floor of the 201 kilometer wide crater. The crater's weathered walls suggest Lowell is relatively old. In striking contrast, two smaller, sharp-rimmed young craters are clearly superimposed on the older features near Lowell's outer rim.