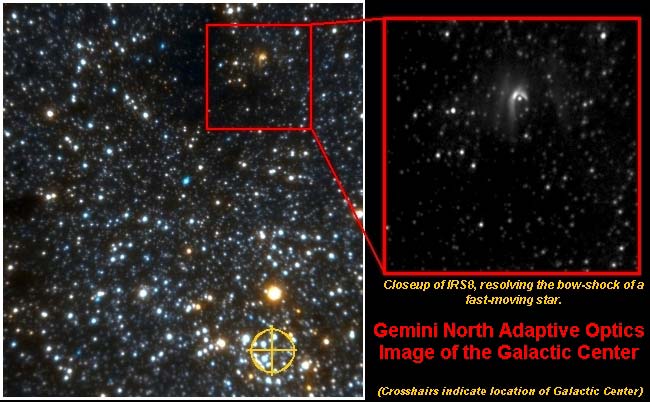 Explanation: What's going on near the center of our Galaxy? Glowing across the electromagnetic spectrum, the center of our Milky Way Galaxy is thought to be home to massive stars, rotating gas rings, and a massive black hole. Now the central Galactic zoo just got larger. The 8-meter Gemini North telescope in Hawaii in its first scientific observation has just imaged the Galactic Center and revealed a star only three light years out colliding with gas and dust. The bow shock, similar to that caused by a boat moving through water, appears arrow-shaped and is visible on the upper right of the above photograph taken in representative infrared colors. Gemini's new flexible-mirror technology has imaged this structure, known as IRS8, in finer detail than ever before.