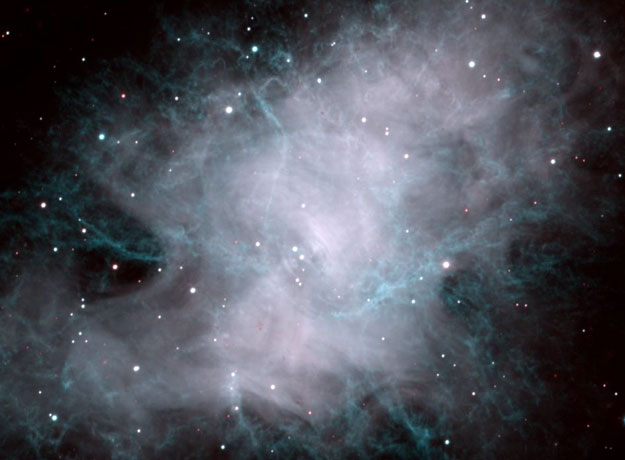 Explanation: The Crab Nebula is a complex shell of expanding gas. The Crab Nebula formed from a star that was seen to explode in a supernova about 1000 years ago. This two color composite image taken with the WIYN 3.5-meter telescope shows in great detail filamentary structure of the glowing hydrogen gas. Also known as M1, the center is home to a dense neutron star, a star as massive as our Sun but only the size of a city. The neutron star is a pulsar that spins thirty times a second and spits out energy that powers the nebula. The nebula is named from its likeness to a crab in an early drawing. The Crab Nebula still presents mysteries today as the total mass of the nebula and pulsar appears much less than the mass of the original pre-supernova star!