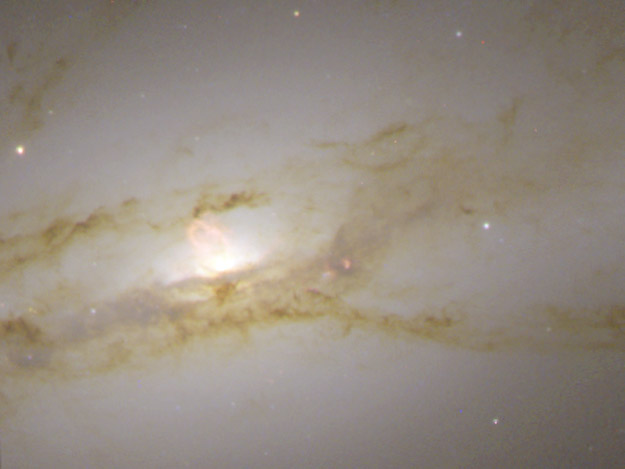 Explanation: What's happening in the center of this galaxy? Close inspection of the center of NGC 4438, as visible in this recently released representative-color image by the Hubble Space Telescope, reveals an unusual bubble of hot gas, colored in red. Astronomers speculate that this strange bubble was created by a massive central black hole that resides there. As gas swirls around the black hole, gravity and friction pull it in and heat it up. Some of the hot gas then falls into the black hole, but not all - some gas gets so hot it shoots out the poles in fast jets. When these jets impact nearby material, they heat it up and cause the detected glow. Galaxy NGC 4438 resides about 50 million light years from Earth, and the pictured central bubble measures about 800 light-years across.