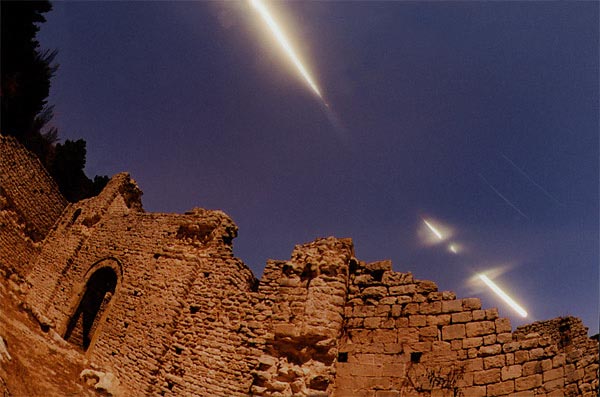 Explanation: During last week's lunar eclipse, our Moon appeared to disappear. As the Earth moved between the Moon and the Sun, the Earth's shadow fell on the moon, making it quite dark. In the above photograph, the Earth's rotation caused the Moon and stars to appear as streaks during this four-hour exposure. In the foreground is the abbey of the Benedictive monastery of Sant Llorenc del Munt, a structure in Girona, Spain that has stood since the eleventh century. As the Earth's shadow engulfed the Moon, the Moon streak became less and less bright, practically disappearing during totality. At this time, the Moon, which normally shines by reflecting direct sunlight, shone only by sunlight refracted through the Earth's atmosphere. Later, clouds obscured the re-appearing Moon.