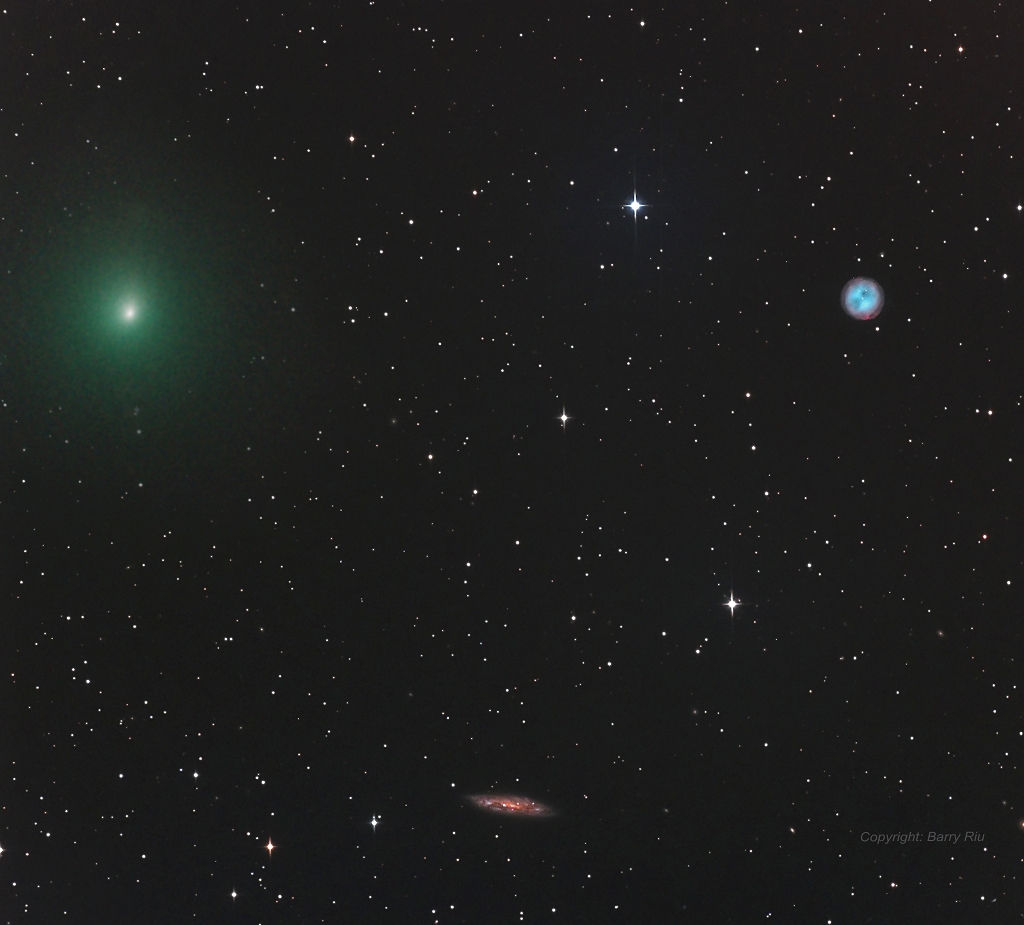 The Comet, the Owl, and the Galaxy
Image Credit & Copyright: Barry Riu

Explanation: Comet 41P/Tuttle-Giacobini-Kresak poses for a Messier moment in this telescopic snapshot from March 21. In fact it shares the 1 degree wide field-of-view with two well-known entries in the 18th century comet-hunting astronomer's famous catalog. Sweeping through northern springtime skies just below the Big Dipper, the faint greenish comet was about 75 light-seconds from our fair planet. Dusty, edge-on spiral galaxy Messier 108 (bottom center) is more like 45 million light-years away. At upper right, the planetary nebula with an aging but intensely hot central star, the owlish Messier 97 is only about 12 thousand light-years distant though, still well within our own Milky Way galaxy. Named for its discoverer and re-discoverers, this faint periodic comet was first sighted in 1858 and not again until 1907 and 1951. Matching orbit calculations indicated that the same comet had been observed at widely separated times. Nearing its best apparition and closest approach to Earth in over 100 years on April 1, comet 41P orbits the Sun with a period of about 5.4 years.