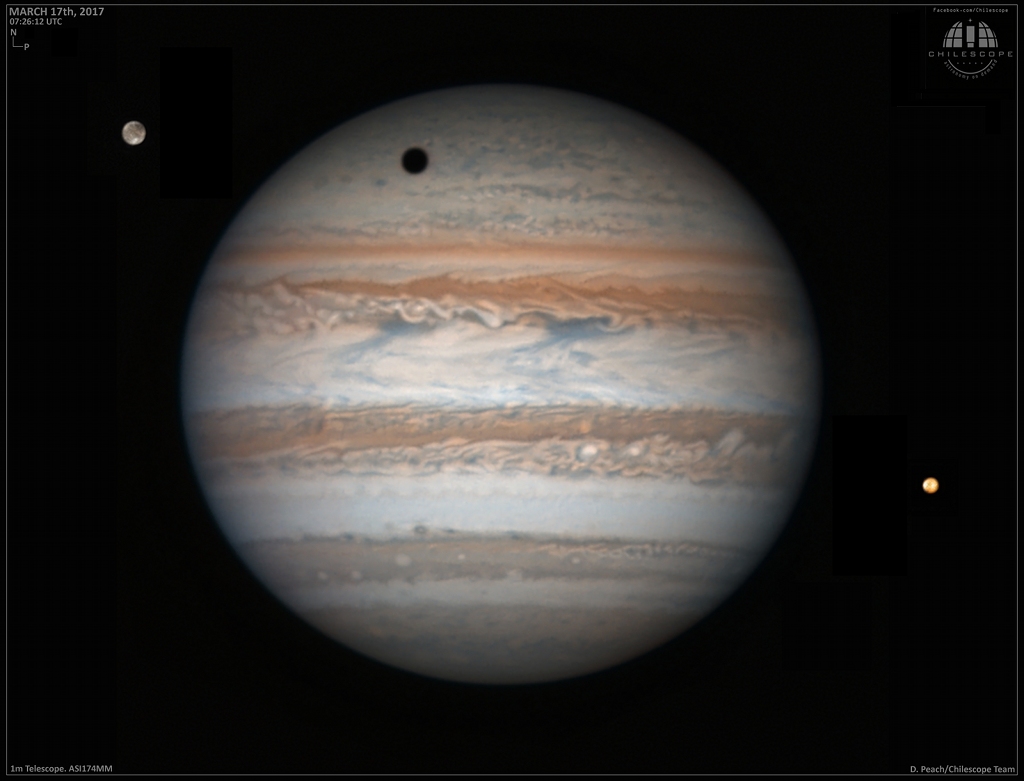 Explanation: Approaching opposition early next month, Jupiter is offering some of its best telescopic views from planet Earth. On March 17, this impressively sharp image of the solar system's ruling gas giant was taken from a remote observatory in Chile. Bounded by planet girdling winds, familiar dark belts and light zones span the giant planet spotted with rotating oval storms. The solar system's largest moon Ganymede is above and left in the frame, its shadow seen in transit across the northern Jovian cloud tops. Ganymede itself is seen in remarkable detail along with bright surface features on fellow Galilean moon Io, right of Jupiter's looming disk.