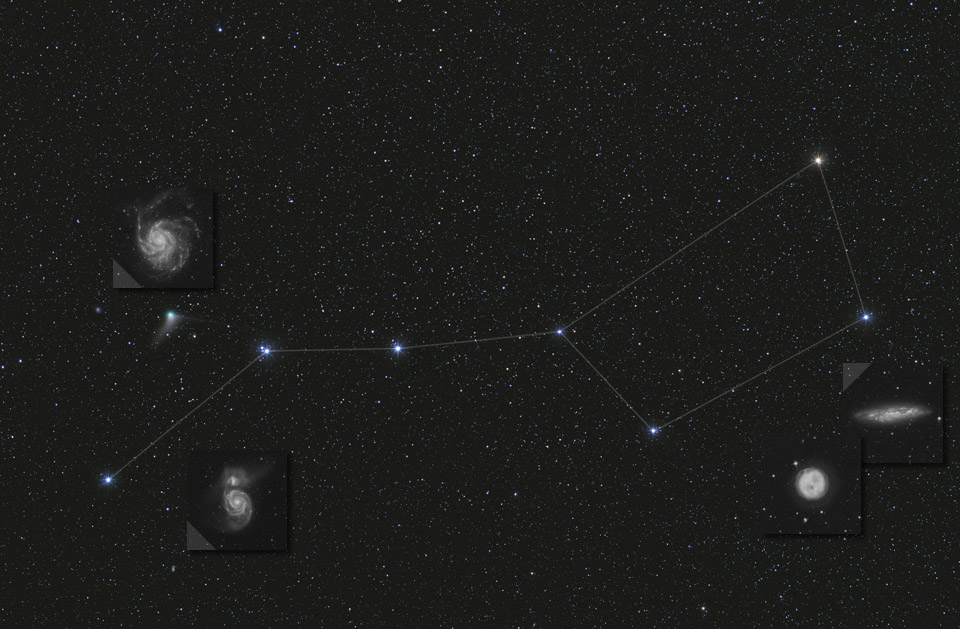 Explanation: The Big Dipper is an easy to recognize, well-known asterism in northern skies, though many see the Plough or Wagon. Famous bright nebulae of the north can also be found along its familiar lines, highlighted in this carefully composed scene with telescopic insets framed in the wider-field skyview. All from Messier's catalog, M101 and M51 are cosmic pinwheel and whirlpool on the left, spiral galaxies far beyond the Milky Way. To the right, M108, a distant edge-on spiral galaxy is seen close to our galaxy's own owl-faced planetary nebula M97. Taken on January 16, the wider-field view seems to include an extra star along the Dipper's handle, though. That's Comet Catalina (C/2013 US10) now sweeping through northern nights.