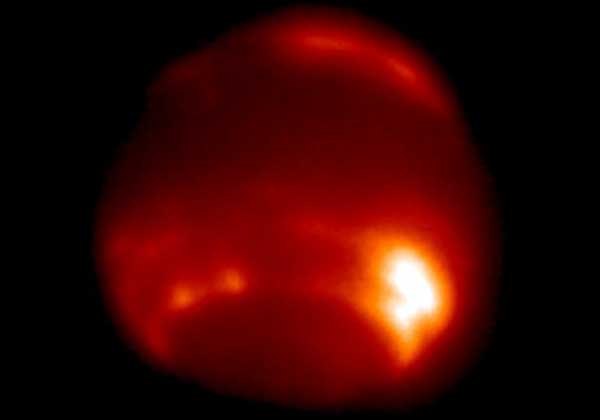 Explanation: Neptune has never looked so clear in infrared light. Neptune is the eighth most distant planet from the Sun, thirty times the Earth-Sun distance. Neptune is the fourth largest planet, almost four times Earth's diameter. Surprisingly, Neptune radiates about twice as much energy as it receives from the Sun. A fascinating feature of the above photograph is that it was taken far from distant Neptune, through the Earth's normally blurry atmosphere. The great clarity of this recently released image was made possible by "rubber mirror" adaptive optics technology. Here, mirrors in the new Palomar High Angular Resolution Observer (PHARO) instrument connected to the 200-inch Hale Telescope flex to remove the effects of turbulence in the Earth's atmosphere.