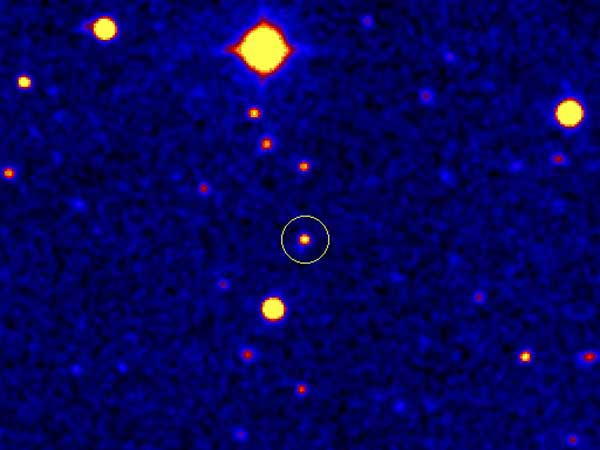 Explanation: Explorers often discover the unexpected. Such was the case when the Second Palomar Observatory Sky Survey chanced upon the unusual object circled in the above photograph. The so-called mystery object appeared star-like but displayed colors unlike most stars or quasars. Further investigation has now revealed the object to be a Broad Absorption Line (BAL) quasar, a relatively rare type of active center of a distant galaxy. Different atoms and molecules in the absorbing gas surrounding the BAL quasar's center probably cause the unusual colors. We are fortunate enough to live in the fascinating age when much of the universe is being investigated for the first time, so exciting - and often unexpected - discoveries are sure to continue.