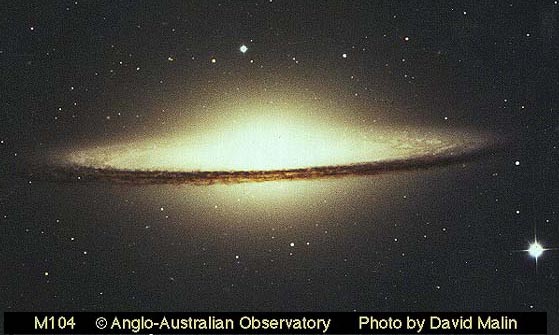 Explanation: What's going on in the center of this spiral galaxy? Named the Sombrero Galaxy for its hat-like resemblance, M104 features a prominent dust lane and a bright halo of stars and globular clusters. Something truly energetic is going on in the Sombrero's center, as it not only appears bright in visible light, but glows prodigiously in X-ray light as well. This X-ray emission coupled with unusually high central stellar speeds cause many astronomers to speculate that a black hole lies at the Sombrero's center - a black hole possibly a billion times the mass of our Sun.