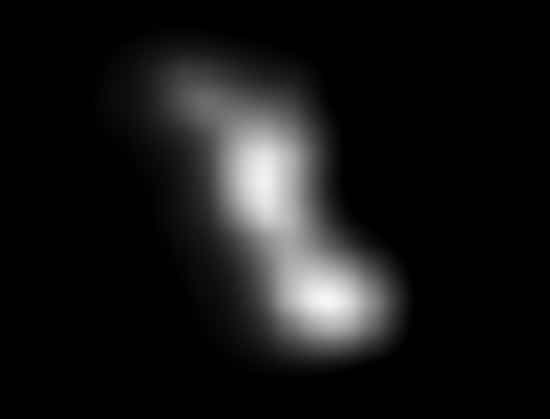 Explanation: NASA probe Deep Space 1 zoomed past asteroid 9969 Braille last week as it continued to test its new ion drive in the inner Solar System. The flyby was the closest approach a spacecraft has ever made to an asteroid. Looking back afterwards, DS1 took the above picture. Formerly known as 1992 KD, the 9969th asteroid discovered was renamed in honor of Louis Braille, a pioneer in written communication for the blind. 9969 Braille is thought by some to have collided with asteroid Vesta in the distant past and broken up, providing debris for many of the meteorites that fall to Earth. Asteroid 9969 Braille rotates only once in 9 days, and has an orbit greatly tilted relative to the ecliptic plane of the planets.