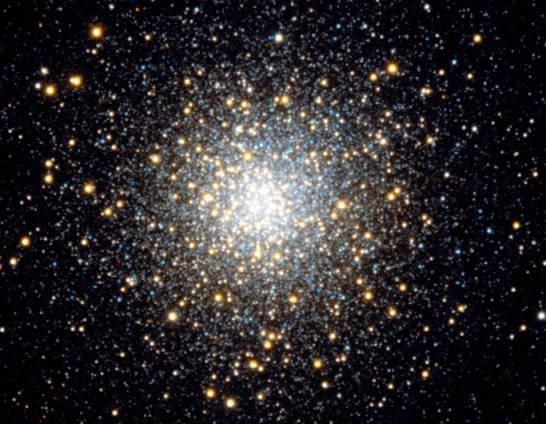 Explanation: Stars like the Sun use hydrogen for fuel, "burning" hydrogen into helium at their cores through nuclear fusion. But what happens when that hydrogen runs out? For a while, hydrogen burns in a shell surrounding the stellar core and the star expands to become a red giant. The bright reddish-orange stars in this beautiful two-color composite picture of the old globular star cluster M10 are examples of this phase of stellar evolution. Yet the bright blue stars apparent in M10 have evolved beyond the simple, hydrogen shell burning stage. These stars have become "horizontal branch" giants with core temperatures hot enough to burn helium into carbon. In this image, only the barely visible, faint, gray-looking stars are likely to still be burning hydrogen at their cores.