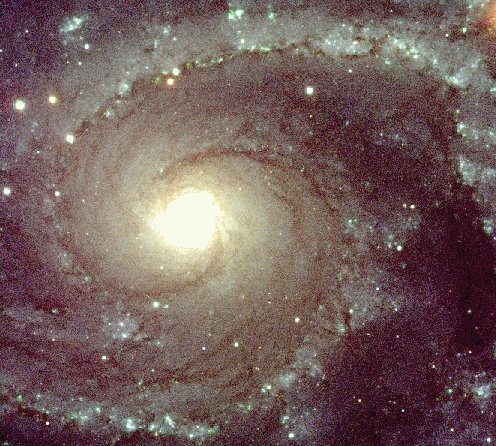 Explanation: Add another 8-meter telescope to the list of modern optical telescope giants. Kueyen achieved a first-light photograph of a bright star on March 1, ahead of schedule. The above picture of spiral galaxy NGC 2997 was taken with Antu, the first of the four planned Very Large Telscopes (VLTs) being built in Chile for the European Southern Observatory. NGC 2997 is a thin spiral galaxy tilted about 45 degrees with a bright compact nucleus and prominent lanes of dark dust.