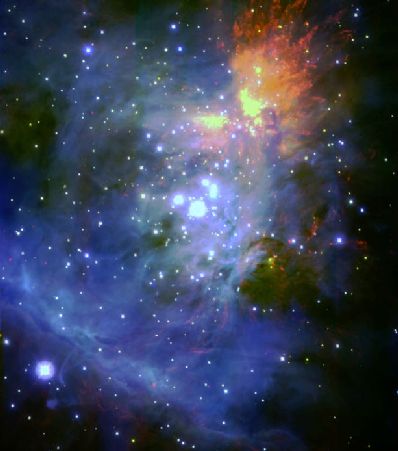 Explanation: The Orion Nebula (M42) shows a host of treasures when viewed in infrared light. Some stars in the Trapezium, an open cluster of stars at the center, are only visible in infrared light. The orange feature above center is called the Kleinman-Low Nebula, and appears greatly affected by newly forming central star IRc2. The blue emission in this representative color photograph is caused by hot gas ionized by the Trapezium stars. This is one of the first photographs ever taken through Japan's new Subaru Telescope.