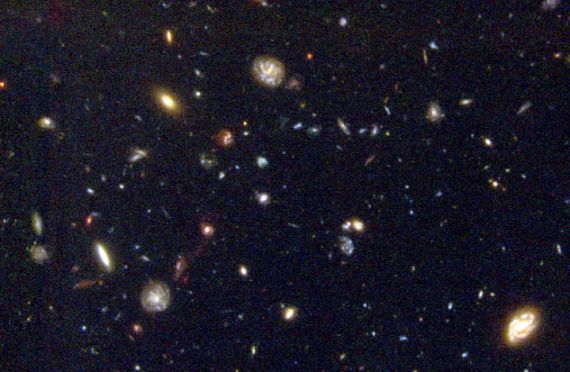 Explanation: This new deep view of the cosmos is the sequel to the 1995 hit Hubble Space Telescope Deep Field. Billed as the Hubble Deep Field South, it was produced by pointing the space telescope toward a patch of sky in the southern constellation Tucana. Over a period of 10 days, many separate exposures were accumulated and combined to reveal progressively fainter galaxies. The original deep field was constructed by observing a piece of sky in the northern constellation Ursa Major. Both stare down 12 billion light-year long tunnels to far-off and still mysterious times when young galaxies inhabited an infant universe. Hubble Deep Field South observations were released to an enthusiastic audience on November 23, 1998.