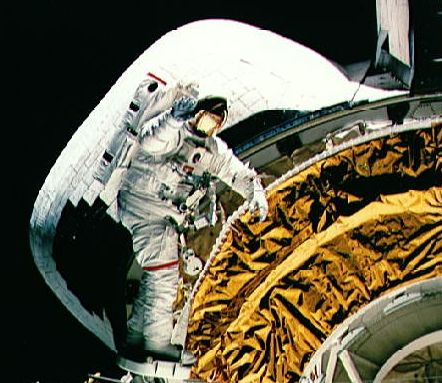 Explanation: Astronaut Carl Walz waves at his colleagues from the aft end of the Space Shuttle Discovery's payload bay. During this 1993 spacewalk, Walz evaluated tools, tethers, and a foot restraint designed for use in a weightless environment while orbiting Planet Earth.