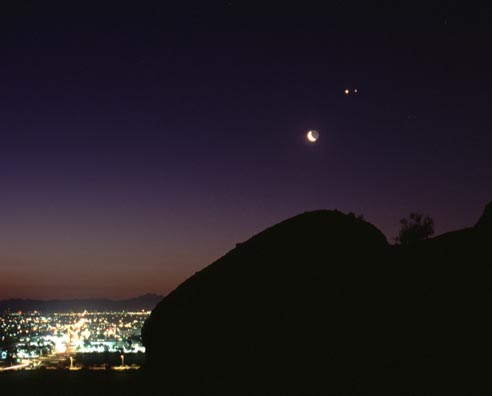 Explanation: Before a relaxing sunrise, the sky begins to glow with unusual delights. Such was the view from Papago Park in Phoenix, Arizona this April. The glittering objects visible in this photograph are, from lower left to upper right: Phoenix, our Moon, Venus, and Jupiter. Such proximity is somewhat unusual. Jupiter will be visible in the evening sky through the rest of the year, while Venus can be seen in the early morning sky during the month of September.