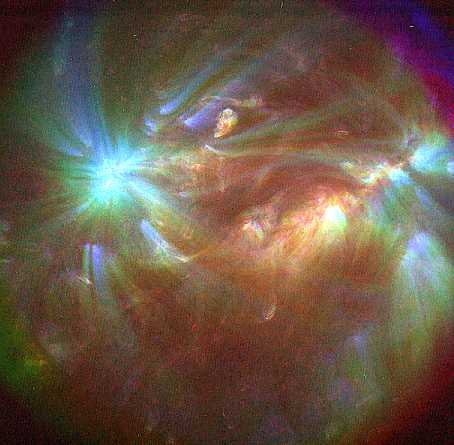 Explanation: Hot gas dances across the surface of the Sun in this picture from the orbiting TRACE satellite. The temperature of the gas is color coded so that blue represents hundreds of thousands of Kelvin, while red represents extreme temperatures in the millions of Kelvin. Hot gas is channeled into lanes ordered by the Sun's chaotic magnetic field. Pictures like these have shown that plasma heating occurs in relatively small regions.