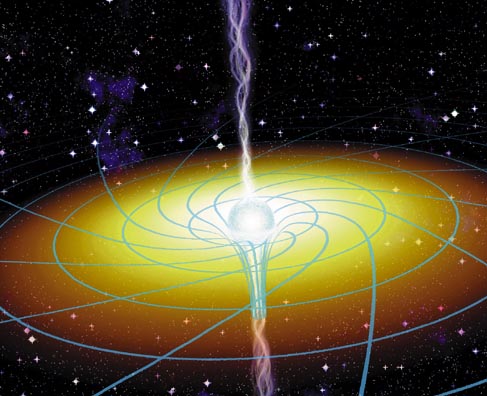 Explanation: Gravity can do more than floor you. According to recent measurements of a star system thought to contain a black hole, it can spin you too. This effect, called frame-dragging, is most prominent near massive, fast spinning objects. Now, a team led by W. Cui (MIT) has used the orbiting Rossi X-ray Timing Explorer to search for it near a system thought to contain a black hole. Cui's team claim that matter in this system gets caught up and spun around the black hole at just the rate expected from frame-dragging. Such discoveries help scientists better understand gravity itself.