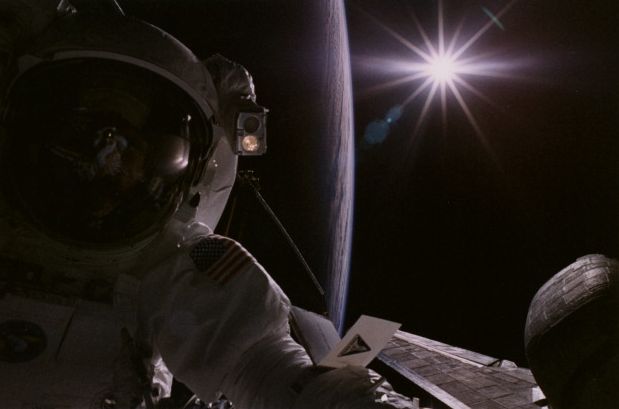 Explanation: In low Earth orbit there is not enough atmosphere to diffuse and scatter sunlight, so shadows are black and the sky is dark - even when the Sun shines. The harsh lighting produced this dramatic effect as mission specialist Gregory Harbaugh photographed colleague Joseph Tanner during their second spacewalk to service the Hubble Space Telescope in February 1997. The aft section of the Space Shuttle Discovery is visible in the background with the Sun hanging over a delicate crescent of the Earth's limb. A checklist is attached to Tanner's left arm, and Harbaugh's reflection is just visible in Tanner's visor.