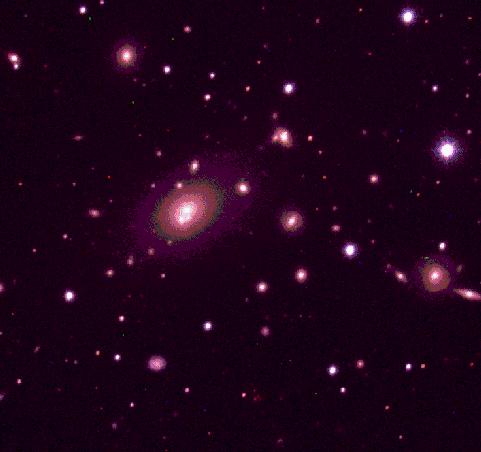 Explanation: It's bigger than a bread box. In fact, it's much bigger than all bread boxes put together. Abell 2199 is huge. In fact, it is a close, large cluster of galaxies, containing several thousands of galaxies centered around a central dominant galaxy. "Close," however, is only relative to other clusters of galaxies, since light takes about 50 million years to reach us from A2199. All of the fuzzy objects in the above picture are galaxies, but these galaxies do not contain most of the matter in the cluster. By studying clusters like A2199, astronomers conclude that some form of dark matter dominates the motion of the bright galaxies. What, exactly, this dark matter is poses one of the greatest astronomical puzzles of modern times.