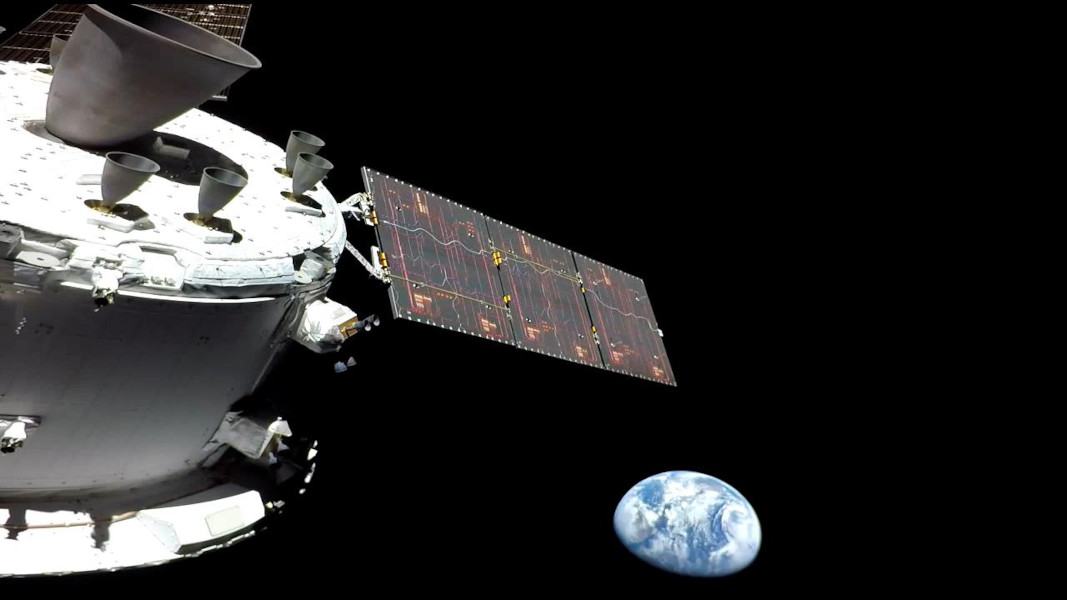 Explanation: A Space Launch System rocket left planet Earth on Wednesday, November 16 at 1:47am EST carrying the Orion spacecraft on the Artemis 1 mission, the first integrated test of NASA’s deep space exploration systems. Over an hour after liftoff from Kennedy Space Center's historic Launch Complex 39B, one of Orion's external video cameras captured this view of its new perspective from space. In the foreground are Orion's Orbital Maneuvering System engine and auxillary engines, at the bottom of the European Service Module. Beyond one of the module's 7-meter long extended solar array wings lies the spacecraft's beautiful home world. The Artemis 1 mission will last almost four weeks, testing capabilities to enable human exploration of the Moon and Mars. The uncrewed Orion spacecraft is expected to fly by the Moon on November 21, performing a close approach to the lunar surface on its way to a retrograde orbit 70,000 kilometers beyond the Moon.