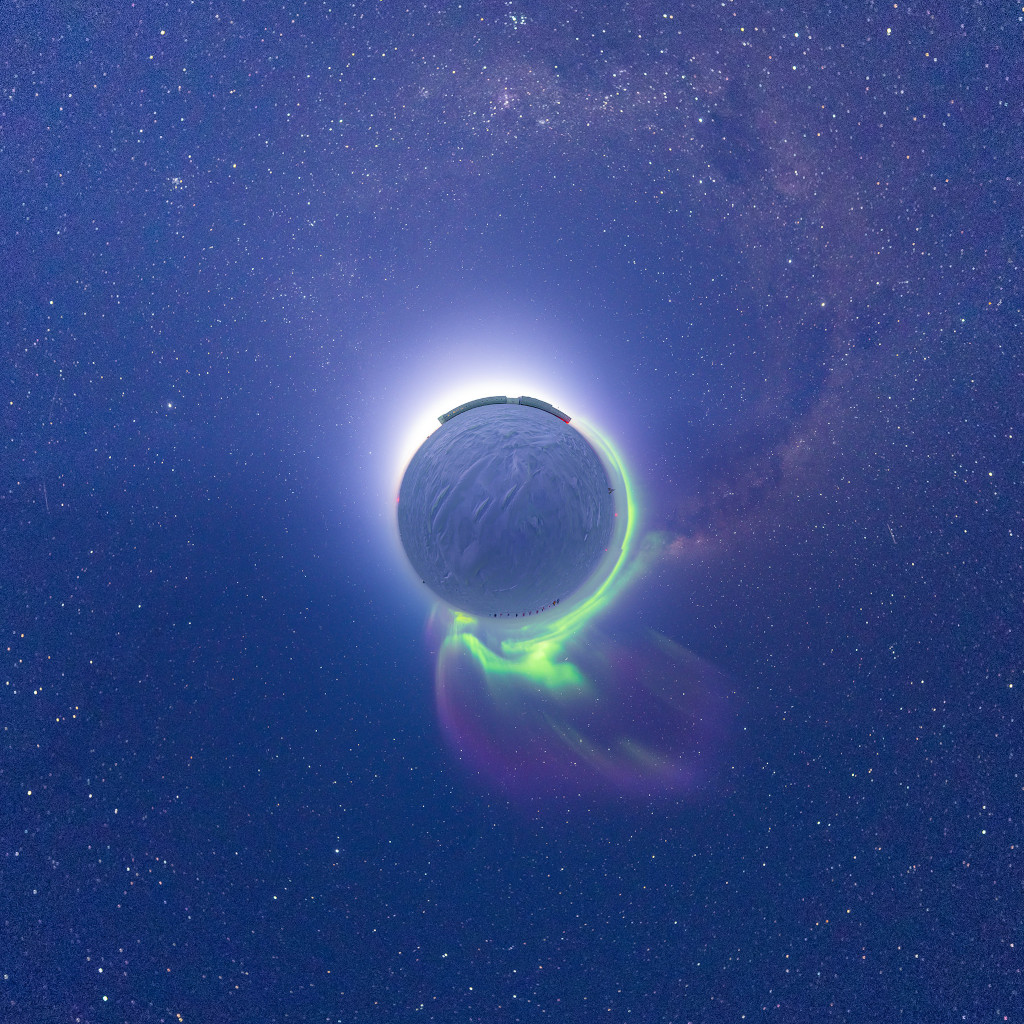 Explanation: Lights play around the horizon of this snowy little planet as it drifts through a starry night sky. Of course the little planet is actually planet Earth. Recorded on August 21, the digitally warped, nadir centered panorama covers nearly 360x180 degrees outside the Amundsen-Scott South Pole Station, Antarctica. The southernmost research outpost is near the horizon at the top where the light of dawn is approaching after nearly six months of darkness. Along the bottom is the ceremonial pole marker surrounded by the 12 flags of the original signatories of the Antarctic treaty, with a wild display of the aurora australis above.