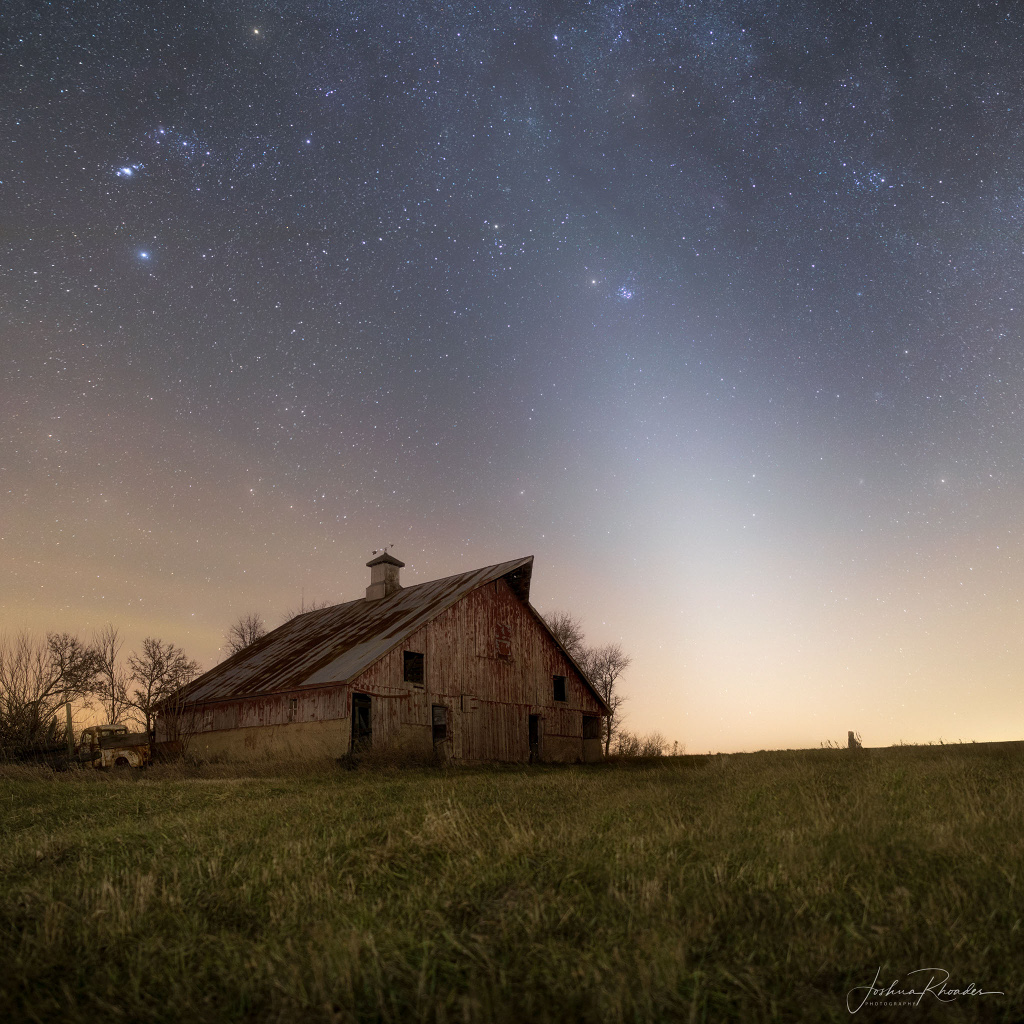 Explanation: Just after sunset on March 7, a faint band of light still reaches above the western horizon in this serene, rural Illinois, night skyscape. Taken from an old farmstead, the luminous glow is zodiacal light, prominent in the west after sunset during planet Earth's northern hemisphere spring. On that clear evening the band of zodiacal light seems to engulf bright yellowish Mars and the Pleiades star cluster. Their close conjunction is in the starry sky above the old barn's roof. Zodiacal light is sunlight scattered by interplanetary dust particles that lie near the Solar System's ecliptic plane. Of course all the Solar System's planets orbit near the plane of the ecliptic, within the band of zodiacal light. But zodiacal light and Mars may have a deeper connection. A recent analysis of serendipitous detections of interplanetary dust by the Juno spacecraft during its Earth to Jupiter voyage suggest Mars is the likely source of the dust that produces zodiacal light.