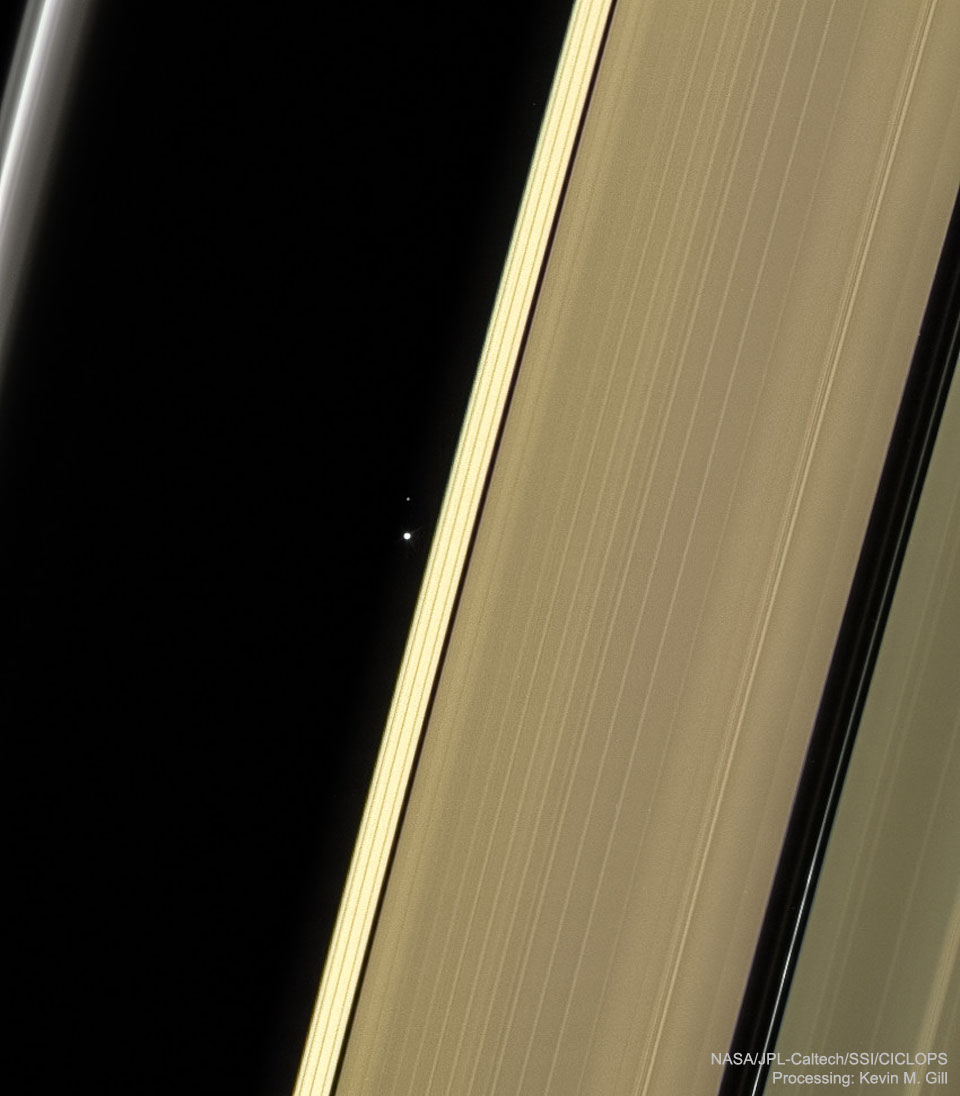 Explanation: What are those dots between Saturn's rings? Our Earth and Moon. Just over three years ago, because the Sun was temporarily blocked by the body of Saturn, the robotic Cassini spacecraft was able to look toward the inner Solar System. There, it spotted our Earth and Moon -- just pin-pricks of light lying about 1.4 billion kilometers distant. Toward the right of the featured image is Saturn's A ring, with the broad Encke Gap on the far right and the narrower Keeler Gap toward the center. On the far left is Saturn's continually changing F Ring. From this perspective, the light seen from Saturn's rings was scattered mostly forward , and so appeared backlit. After more than a decade of exploration and discovery, the Cassini spacecraft ran low on fuel in 2017 and was directed to enter Saturn's atmosphere, where it surely melted.