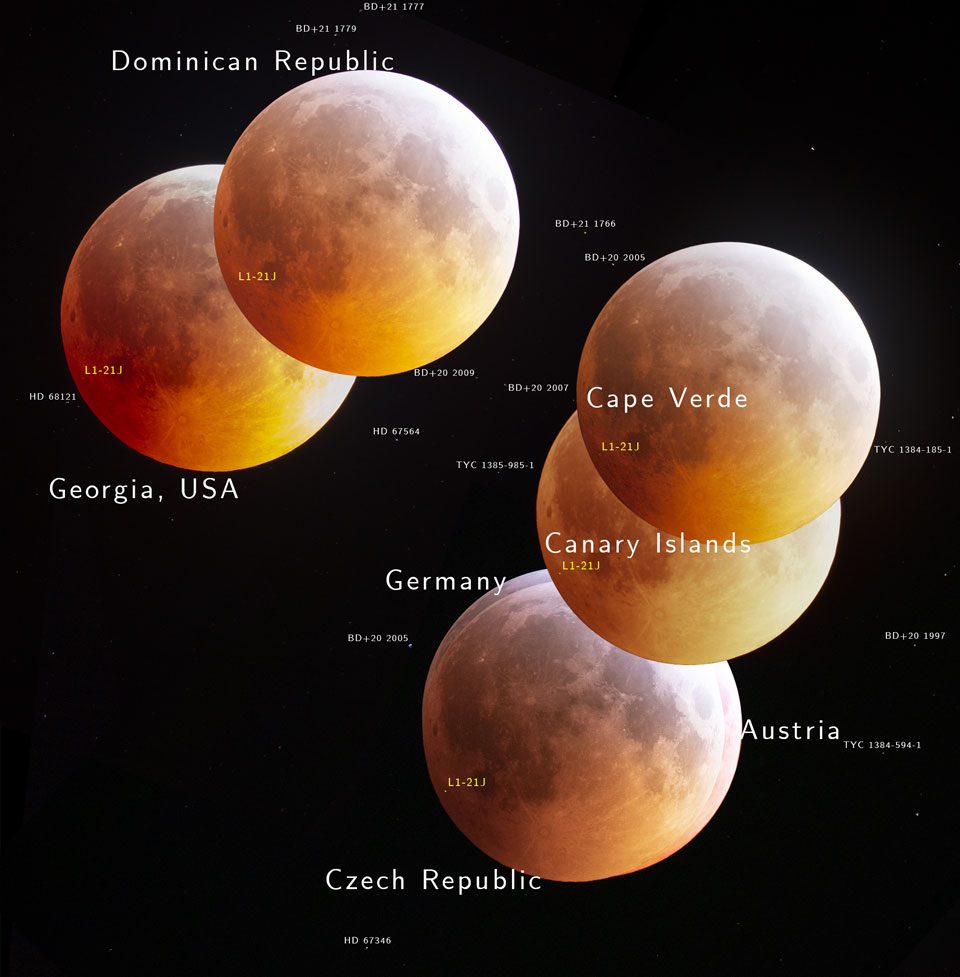 Explanation: Do we all see the same Moon? Yes, but we all see it differently. One difference is the apparent location of the Moon against background stars -- an effect known as parallax. We humans use the parallax between our eyes to judge depth. To see lunar parallax, though, we need eyes placed at a much greater separations -- hundreds to thousands of kilometers apart. Another difference is that observers around the Earth all see a slightly different face of our spherical Moon -- an effect known as libration. The featured image is a composite of many views across the Earth, as submitted to APOD, of the total lunar eclipse of 2019 January 21. These images are projected against the same background stars to illustrate both effects. The accurate superposition of these images was made possible by a serendipitous meteorite impact on the Moon during the lunar eclipse, labeled here L1-21J -- guaranteeing that these submitted images were all taken within a split second. With the simultaneous observations made by independent amateur astronomers across the globe, a group of astronomers were able to use their citizen-science images to narrow down the location, orbit, and energy of this rare event.