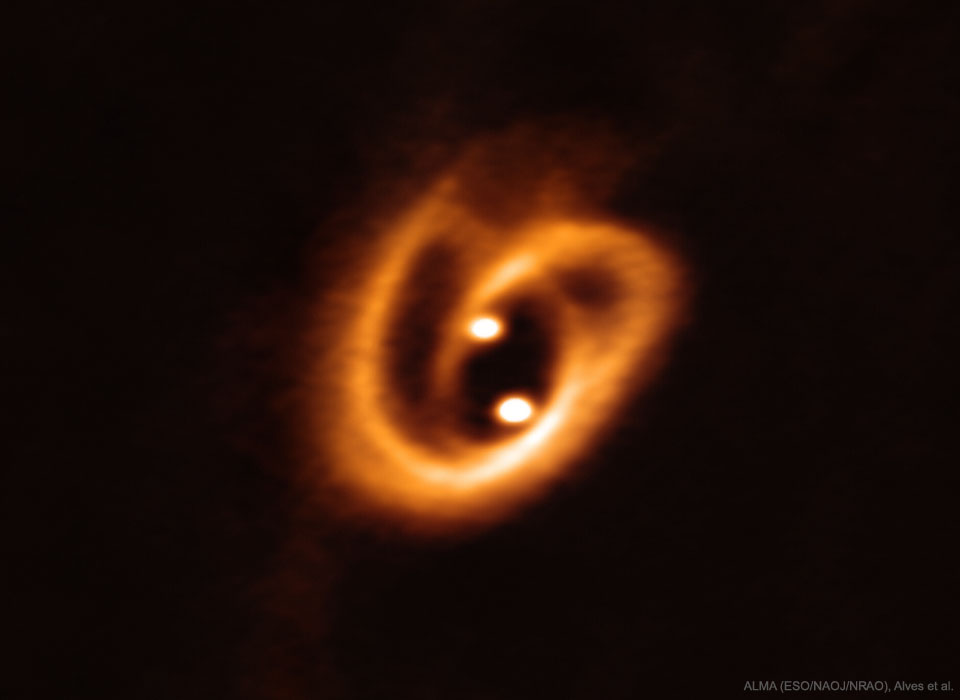 Explanation: How do binary stars form? To help find out, the Atacama Large Millimeter Array (ALMA) recently captured one of the highest resolution images yet taken of a binary star system in formation. Most stars are not alone -- they typically form as part of a multiple star systems where star each orbits a common center of gravity. The two bright spots in the featured image are small disks that surround the forming proto-stars in [BHB2007] 11, while the surrounding pretzel-shaped filaments are gas and dust that have been gravitationally pulled from a larger disk. The circumstellar filaments span roughly the radius of the orbit of Neptune. The BHB2007 system is a small part of the Pipe Nebula (also known as Barnard 59), a photogenic network of dust and gas that protrudes from Milky Way's spiral disk in the constellation of Ophiuchus. The binary star formation process should be complete within a few million years.