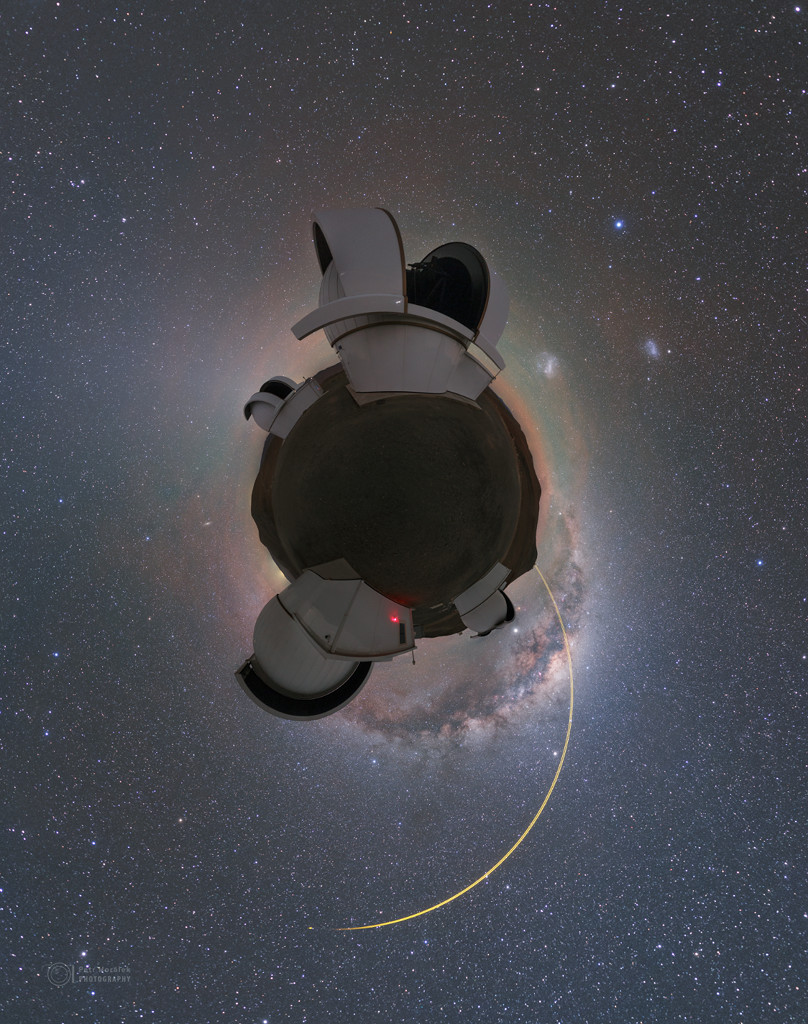 Explanation: Of course this little planet is really planet Earth in a digitally stitched 360 x 180 degree mosaic captured high in the Chilean Atacama desert. The seemingly large domes house the 1-meter diameter telescopes of the SPECULOOS Southern Observatory. With a name creatively inspired by a sweet biscuit treat, the SPECULOOS (Search for habitable Planets EClipsing ULtra-cOOl Stars) telescopes really are hunting for little planets. Their mission is to search for the telltale dimming that indicates the transit of terrestrial exoplanets around the population of nearby, tiny, dim, ultracool stars. On the not-so-distant horizon, adaptive optics laser beams are firing from ESO's mountain top Paranal Observatory. The central Milky Way and Magellanic clouds also shine in this little planet's night sky.