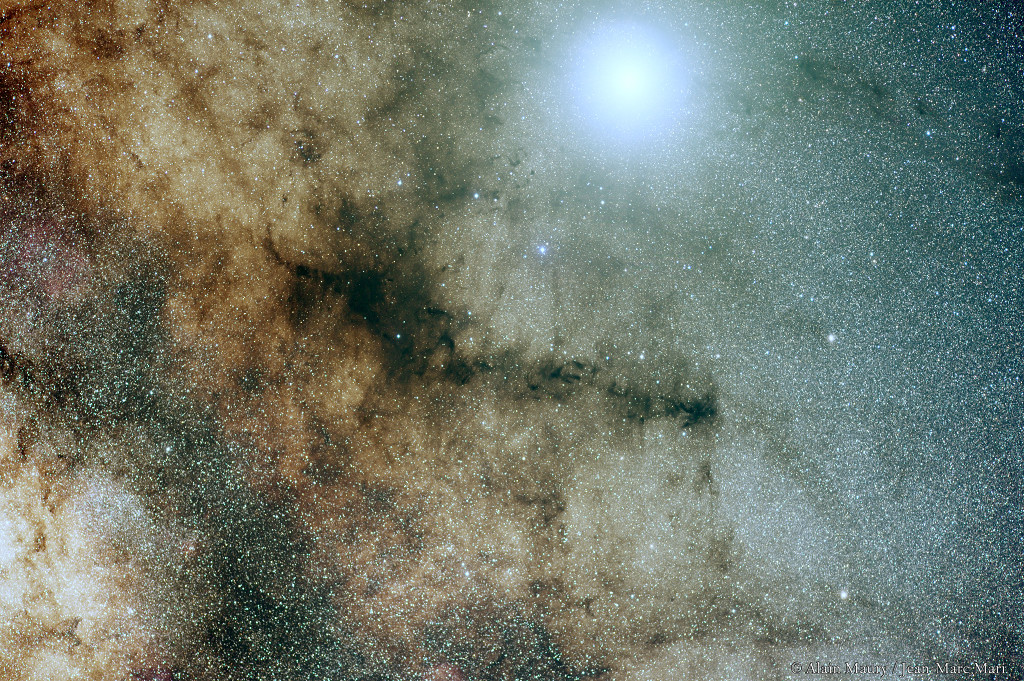 Explanation: Now posing against our galaxy's rich starfields and nebulae, brilliant planet Jupiter shines in the night sky. Its almost overwhelming glow is near the top of the frame in this colorful telephoto portrait of the central Milky Way. Spanning about 20 degrees on the sky, the scene includes the silhouette of LDN 1773 against the starlight, also know by the popular moniker the Pipe Nebula for its apparent outline of stem and bowl. The Pipe Nebula is part of the galaxy's Ophiuchus dark cloud complex. Located at a distance of about 450 light-years, dense cores of gas and dust within are collapsing to form stars. Approaching its opposition, opposite the Sun in the sky on June 10, Jupiter is only about 36 light-minutes from planet Earth. Fans of dark markings on the sky can probably spot the Snake Nebula below and left of Jupiter's glare.